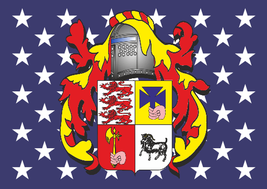 Carol McCune Hoffman McCraw wrote the book on the McCraw Family. Literally. Because of the efforts of Carol and the many researchers that worked with her, we have one of the most detailed written histories of any family in America. Our story as recorded in the current Third Edition of her book comes in at a staggering 1,449 pages.  Her book is available for purchase from the Association as part of our membership package on our "Join Us!" page.

​We couldn't think of any better way to introduce you to "The Book" than to let it's author tell you how it came to be. We lost Carol in 2010, but we still have the book that was her labor of love. Although she may be gone, her mark on our family and our Association will never fade from memory. It is a gift that will continue to bear fruit for generations to come. The following is adapted from her Foreward to the Third Edition of our family history, "It Is McCraw Not McGraw" 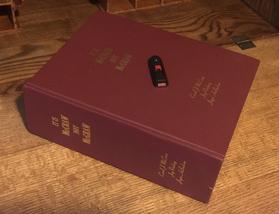 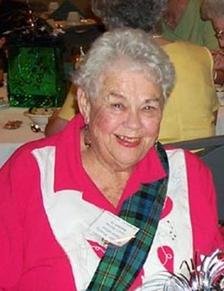 "It Is McCraw Not McGraw"

"Twenty years ago when I started chasing my husband’s ancestors, never in my wildest dreams would I have thought we could have learned all we know today about the McCraws of the United States. Thanks to the efforts of literally hundreds of McCraw descendants, “It Is McCraw Not McGraw” is a reality.

As a child, I was fascinated with my relatives as my father was a Naval Offi­cer and we usually lived a continent away from my grandparents or overseas. Our yearly two weeks' vacation was spent equally with my Dad's family in the Catskills and my Mother's on Staten Island, N.Y. When we were visiting, there would always be a reunion of hundreds of my Dad's relatives coming together at the family dairy farm. I was fascinated by the number of relatives I had. When I was eighteen, my paternal grandmother gave me a small family history of her ancestors. I then became hooked on genealogy and have been ever since. I have compiled several family histories, but my ancestors were from New England or overseas and researching there is not too hard. I was a law librarian and research was my profession. That training was of great value in my research as a genealogist.

After I married Gene McCraw in 1975, I was naturally interested in his ancestry. His grandparents had come to East Texas from Mississippi around the turn of the 20th century. Family legend was that three brothers had come from Scotland, possibly through Ireland, and one brother had gone north, one brother had gone south and one stayed in Virginia from whom they were descended. When I learned that Gene's grandparents were both McCraws, I thought it would be easy to trace them. Never having done any Southern research, I did not know about the burning of courthouses and lack of extant records in the South. Particularly, in Mississippi. What a shock!

Before the 1980 McCraw reunion in Lubbock TX hosted by Gene's seven siblings, I compiled what little I had learned about McCraws in the First Edition of “It Is McCraw Not McGraw.” It was at the 1980 reunion that I first met Mary Mac Harland, Jane Kent, Lesbia Roberts and Elizabeth Drake who had been serious McCraw researchers for years. Mary Mac and I traveled thousands of miles throughout Virginia, Tennessee, North and South Carolina chasing McCraws. With the shared information from the other researchers, Mary Mac and I compiled the Second Edition of “It Is McCraw Not McGraw” in 1982 before the U. S. McCraw reunion in Irving, TX.

We did two amendments, but after the 1984 reunion we had so much more new information that we knew we needed to compile a Third Edition. The Third Edition was in the making for fourteen years. When Mary Mac died unexpectedly in 1994, I was devastated and did not know how I could complete the third edition without her. Joy Rushing and Joyce AuBuchon came to my rescue. I am sure that we could have gone another fourteen years and doubled our information but the time comes to finish a project.

In the Foreword of the Second Edition of “It Is McCraw Not McGraw,” I wrote, in part: "Without Mary McCraw Harland's research in Virginia where she has practically lived in the Virginia Archives and county courthouses, this compilation would not have been possible. . . Mary Mac already knew who her ancestors were but she searched for the rest of us just as if she were doing it for herself.” We will always owe Mary Mac for her diligent and meticulous research of the McCraws in Virginia.

I also wrote in the Second Edition: "Since the 1980 edition of this compilation, several McCraw descendants have compiled a history of their immediate family and those persons are named herein. It is hoped that more of you will continue to do the same. The history of the McCraws is the history of our country. Those McCraw ancestors fought and died in the War for Independence and again in 1812, moved west as the lands opened up and were instrumental in settling and developing lands during the early 1800's."

The purpose of this research is to share it with those who are interested in the McCraw heritage. I do not claim that it is entirely perfect and accurate. We have tried to make it as accurate as possible but know there will be errors for which I will apologize. Joy Rushing, Joyce AuBuchon, Elizabeth Drake, Sara Beth Swope, and Janet K. Bower have been diligent proofreaders.

As I finish this introduction, may I tell you that it has been a joy to know all of the McCraw descendants I have met and corresponded with and truthfully can say, I have never met a McCraw whom I didn't like. I will always be interested in the McCraws.

Research for our “Roots” is never done.  There are still many unanswered questions about the ancestry of the McCraws of the United States. Hopefully, others will continue to try to ascertain the answers."